A leading councillor has urged others to avoid repeating his mistake and becoming a convicted drink driver.
Cllr Simon McDougall, who is a member of Bersted, Bognor, Arun and West Sussex councils, said he deeply embarrassed by the actions which caused him to break the law.

The Christmas and new year period sees Sussex Police increase their efforts to k
eep the roads safe from those who drive after they have consumed too much alcohol.

The combination of festive parties and relaxed moods can bring the temptation to have too many drinks.

Cllr McDougall said his experience showed that no-one should have doubts about the consequences of behaving like that.

"I would urge everyone out there to heed the warnings issued by the police and not to make the mistake I did," he stated.

"My mistake was common of so many. I had a couple of drinks on an empty stomach, thought I was okay to drive when clearly I was not.

"There is not a day goes by that I do not regret my actions, particularly with the extra strain put on my family by needing to drive me around and putting alternative child-care arrangements in place because I was not able to guarantee the reliability of public transport.

"I have not been able to earn a proper income during this period and, indeed, the stigma of having a criminal record will haunt me for the rest of my life.

"Like everyone else, I am a human being and made an error in judgment.

"The fact is, I did have a choice and I made the wrong one.

"I am deeply embarrassed by my actions and regret this lapse in my otherwise blemish-free record as a councillor."

He was arrested for drink driving on November 14, 2007, in Aldwick Road.

He failed a roadside breath test and a subsequent test at Chichester police station. A second specimen confirmed the result.

He was found to have 46mg of alcohol in a 100ml of breath compared to the legal limit of 35mg.

He appeared before Chichester magistrates on January 22 this year and was banned from driving for a year.

This was reduced to nine months on condition he attended an alcohol awareness course.

He fulfilled the obligation and completed his ban at midnight on October 21. He was also fined £300 by the magistrates.

"While my arrest was caused by a borderline reading, I have learnt my lesson and will not make the same mistake twice," pledged Cllr McDougall.

He immediately reported his conviction to the district and county council officers who are responsible for the conduct of councillors.

Cllr McDougall has continued to serve his residents. 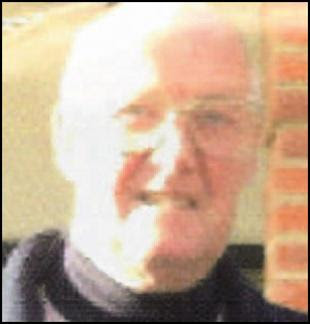 John Hall - Vote Rigging
A CONSERVATIVE activist from Hampshire has been found guilty of voting fraud.

John Hall was fined £1,000 for one count of using a false instrument with intent, but cleared of six further charges.

Guildford Crown Court heard there was intense rivalry between the Conservatives and the Liberal Democrats in the Whiteley ward where just a handful of votes could change control of the seat.

Hall had previously told police that he had “acted with naivety”.

He was arrested by police ten days before the 2007 vote.

At the election for Winchester City Council, the Conservatives retained power with 29 seats ahead of the Liberal Democrat with 23 seats, four independents and one Labour representative.

Tags: Conservative, vote rigging
Posted by The Green Arrow at 12:51 pm No comments:

A DISGRACED councillor who attacked his wife was a 'dog of war' who spent years behind bars for mercenary activities, the Manchester Evening News can reveal today.

Peter Wright, a Lib Dem for 10 years in Tameside, was given a 23-week prison sentence yesterday for assaulting his partner of 17 years.

During a previous court hearing, at which Wright admitted his guilt, he was described by his solicitor as having led a `blameless life and devoted himself to the service of others'.

Tags: Lib Dem, Assault
Posted by The Green Arrow at 5:40 am No comments: 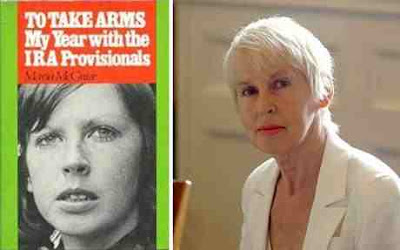 Maria Gatland stepped down from her post at Croydon Council after being exposed as the author of a "kiss and tell" book that detailed her relationships with figures in the provisionals, written under her maiden name Maria McGuire.

Her secret past emerged following cryptic comments at a public meeting from a local Save Our Schools campaigner, who referred to the cabinet member for children, young people and learners as "Councillor McGuire".

The man, Peter Latham, then apologised for his comment, but added that he was a devotee of Irish history and had been reading a book about the IRA which "you, Councillor Gatland, might have heard about as you are Irish".

Croydon Council said news of Miss Gatland's experience with the IRA came as a "complete shock". She has been suspended from the local authority's ruling Conservative group pending an investigation

"The council has been advised that Maria Gatland has resigned as cabinet member for children, young people and learners," a council spokesman said.

"This follows emerging news of her connection to the Provisional IRA – which has come as a complete shock to Croydon. Officers understand she has been urged to resign from the council."

Miss Gatland's book – To Take Arms: My Year With The IRA Provisionals – was written after she became disillusioned with the provisionals, and fled to England. It describes how she once acted as an interpreter for the movement on an arms-buying trip to the Continent.

She decided to cut herself off from the movement after 20 bombs were detonated in Belfast on July 21, 1972, killing 11 people and injuring more than a hundred, according to the book.

"Almost for the first time, I wondered about the crippled and the widowed and the lives that had been changed forever," she wrote. She is believed to have been sentenced to death by the IRA as a result.

"I have resigned. I am not prepared to say anything more at this stage," she said.

Tags: Conservative, Violence, Terrorism
Posted by The Green Arrow at 6:33 am No comments: 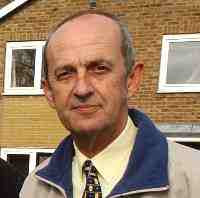 Morris Lightfoot
Former Deputy Mayor Jailed For Grooming Teen
A former deputy mayor has been sentenced to eight months in prison for attempting to 'groom' a 13-year-old girl for sex.

Morris Lightfoot, 55, of Dryden Close, Bilton, Harrogate, was arrested in November last year, and appeared before York Crown Court on Tuesday for sentencing.

The 55-year-old was caught by a sting operation by an administrator on a social networking site.

The ex-Harrogate Deputy Mayor admitted three charges of asking the teenage girl for sex. He was placed on the sex offenders register and banned from working with children.

Nick Worsley, prosecuting, told York Crown Court Lightfoot had logged on under the name Moozzaa, and asked the girl if she wanted to lose her virginity to him, even though she had made it clear she was aged only 13.

However, the 'girl' was actually a male administrator of the site posing as the teenager, as part of the sting operation.

The Lib Dem councillor, who represented Bilton on Harrogate Borough Council and Bilton and Nidd Gorge on North Yorkshire county Council, was also automatically disqualified from being a councillor as a result of his sentence.

He had previously resisted calls to resign from both county and borough councils.


Tags: Lib Dem, Paedophile
Posted by The Green Arrow at 6:22 am No comments: