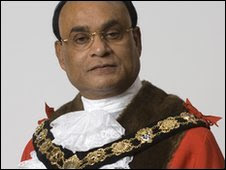 A London mayor has been suspended from his post after being arrested on suspicion of benefit fraud.

He was questioned at Holborn police station over claims that he was falsely claiming disability benefits.

A council spokesman said the allegations did not relate to Mr Ansari's work at the council. Mr Ansari was released on bail until March.

He joined Camden Council's Liberal Democrats in 2006 and became mayor in May last year.

Council leader Keith Moffitt said Mr Ansari would be suspended from the Liberal Democrat group while a "serious investigation" was carried out.

"He was taken into custody at a central London police station and bailed to return to a date in March."

The Camden Council spokesman said he would not comment on "allegations relating to the personal lives of its members".

But he added: "No information would suggest that these allegations are connected to Councillor Ansari's work with the council. "We must also note at this stage that these are merely allegations."

Source
Posted by The Green Arrow at 12:47 pm No comments: 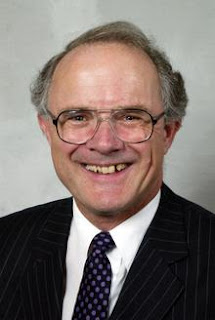 A Medway councillor has been expelled from his party after being caught kerb crawling.

Cllr Nick Brice, 64, pictured, has been thrown out of the Medway Conservative party after being caught trying to pick up a prostitute in Rochester.

The leader of the party, Cllr Rodney Chambers took the decision to dismiss him this week, after the matter, which happened in November came to light.

Cllr Rodney Chambers said: “The Leader and members of the Conservative Group on Medway Council believes that all elected members should demonstrate and uphold the highest standards in public office and public life.

A serious matter has arisen concerning Cllr Nick Brice’s private conduct outside of the council and as a consequence of this the Conservative Group has taken the decision to expel Cllr Brice from membership of the group with immediate effect.”

A spokesman for Medway Police said: “A 64-year old man from Chatham was arrested on November 2, 2009, on suspicion of kerb crawling in Rochester .

“The man admitted to the offence and was given a conditional caution.”

It is not clear if Cllr Brice will stand down as a councillor altogether or stand as an independent one.

Every effort was made by the Medway Messenger to contact Cllr Brice but he was not available.

Source
Posted by The Green Arrow at 7:28 am No comments: 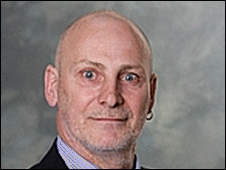 Eddie Wake - Ex Conservative Councillor
A Sunderland city councillor has been expelled from his party after he made offensive comments about rape at a meeting.

Conservative party chiefs said comments by Washington South member Eddie Wake, 56, at the end of a meeting with police, were "totally unacceptable".

Senior party officials expelled him from the Conservative group on Monday.

Mr Wake said he intended to stay on as a councillor and regretted his "lapse of judgement".

At least three councillors reported Mr Wake to his party and to Sunderland Council's standards committee, after he cracked what was described as a "sick joke" at the close of a recent meeting with police about a rape prevention campaign.

Group leader Lee Martin said: "When I ask anyone to go out and vote for a Conservative candidate, I've got a minimum expectation, should that person be elected, of how they conduct themselves.

"Eddie Wake has come in well below that standard and as a result is no longer a Conservative councillor.

"We have no sanction to suspend him from council, but there is a complaint in with the standards board and the council can do that if they see fit.

"As soon as the comments were reported to me I brought Eddie in and told him in no uncertain terms that it was unacceptable and what the likely consequences would be.

"The other 21 Conservative councillors on Sunderland City Council feel very let down by Eddie."

Mr Wake said: "I intend to remain as a councillor pending the outcome of a standards committee investigation. "I hope my constituents will judge me on the work I have done for them in the past and not on a single lapse of judgement. "I want to continue to work for the constituents of Washington South."
Source
Posted by The Green Arrow at 4:09 pm No comments: