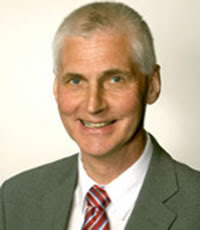 Gilbert Davidson
A MARRIED city councillor has been arrested over claims he acted inappropriately towards a female colleague.

The alleged proposition was said to have been made as the pair campaigned at a by-election in Drumchapel last year.

Davidson was charged with a breach of the peace on Monday. Cameron reported the incident last month.

She went to the police after another female councillor, Ruth Black, went public with claims that Davidson had groped her.

A spokesman for the Scottish Labour Party said: "Councillor Gilbert Davidson has been suspended from the Labour group on Glasgow City Council with immediate effect.

"As a police investigation is now ongoing it would be inappropriate to comment further."

Strathclyde Police said: "We can confirm that a 67-year-old man has been arrested and charged with an alleged breach of the peace.

"A report will be submitted to the Procurator Fiscal."

Glasgow City Council too said it would be inappropriate for them to comment.

Source
Posted by The Green Arrow at 5:48 pm No comments:

A Highland councillor has been charged following an investigation into alleged benefit fraud.

John Holden, who represents the Inverness South ward, was investigated by police, Highland Council and the Department of Work and Pensions in 2008.

The Crown Office confirmed Mr Holden has been charged, but declined to give any further details.

The case against him is due to call at Inverness Sheriff Court next month.

Mr Holden has said he would rigorously defend the case.

The Labour councillor has been suspended from the party's group on the council.

A Scottish Labour spokesman added: "As a police investigation is ongoing it would be inappropriate to comment further."

Source
Posted by The Green Arrow at 5:45 pm No comments: 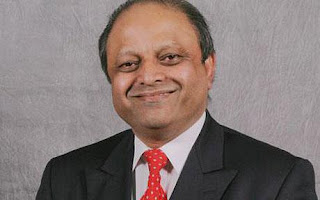 Councillor Pervez Choudhry, 52, was arrested on Monday and later released on bail.

Choudhry, who was originally elected as a Labour candidate for the Central Ward but later defected to the Tories, is due to appear at Maidenhead Magistrates' Court next Monday.
Peter Dale-Gough, the acting leader of the Conservative group on Slough Borough Council, said Choudhry had told him that he took part in a religious ceremony to his first wife but never went through with the civil ceremony and was therefore not married by law.

His second wife, a GP who was said to be about 10 years his junior, lives and works in Birmingham. He was said to have met her while using an online dating site and married her in Pakistan.

She was thought to have left Choudhury on learning that his previous marriage may not have legally ended.

Choudhry, of Slough, has vowed to clear his name, after agreeing to stand down as the Conservatives' leader.

He said: "I can't comment on the context of the case but I can say without any hesitation that I have done nothing illegal and I'm vigorously going to defend that.We have decided that I am going to step down and retake my responsibilities when I clear my name."

Last summer it was reported that Choudhry had been lucky to escape a suicide bomb attack while on a humanitarian mission in Pakistan.

He told the Local Berkshire newspaper he felt like he had "cheated death" after leaving his flat in Islamabad shortly before a bomb was set off at a building 15 metres away.

He said at the time: "If I had been there a few hours more I hate to think what could have happened. I feel like I've cheated death and am so grateful to my Lord for every day I have."

A spokesman for Thames Valley Police said: "A 52-year-old man has been charged with one count of bigamy. He was charged on Monday.

"Pervez Choudhry of Tuns Lane, Slough, has been bailed to appear before Maidenhead Magistrates' Court on the ninth of August."

Slough Borough Council delined to comment, saying it was a "private matter".

Source
Posted by The Green Arrow at 9:46 pm No comments: