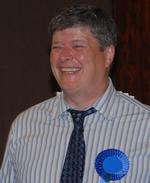 A Canterbury city councillor has been remanded in custody on serious sex charges against children.

The charges relate to two victims under the age of 16 and another aged over 18.

The offences are alleged to have occurred between 1982 and 2010.

Married Fisher, who has represented Tankerton Ward since 1995, was arrested during an early morning raid at his house in Queens Road, Whitstable on Thursday, April 8.

He was questioned at Canterbury police station and remanded in custody after appearing at Dover Magistrates Court on Saturday morning.

He withheld his plea and is due to appear in court again on Friday, April 16.

The insurance writer – who is believed to have four grown-up sons – sits on the council’s audit committee and general purposes committee.

He has been suspended by the Conservatives both in Canterbury and nationally.

A CONSERVATIVE councillor has been suspended and is due in court next month to face allegations of electoral fraud during the May 2008 elections.

Party press officer Gareth Parry-Jones said: "We understand Cllr Munir has been charged with electoral fraud, so he has been suspended by the Conservative party."

Cllr Munir, aged 57, was first elected to represent the Palfrey Ward in June 2004, but lost his seat to Labour's Mohammad Nazir in 2006.

The Thorpe Road resident stood again for the second Palfrey seat in May 2008 and was successful, securing 134 more votes than Labour candidate Allah Ditta.

West Midlands Police confirmed yesterday that a 57-year-old man had been charged, along with another 30-year-old man.

A Police statement said: "The Director of Public prosecutions has given authorisation for legal proceedings to commence against two men for offences of providing false information to the register of elections and falsely applying for proxy votes. The men aged 57 and 30 years and from Walsall were arrested in January 2009. The investigation relates to irregularities in the May 2008 Walsall Council elections.

Walsall Council Chief Executive Paul Sheehan said: "These matters are still subject to a judicial process and therefore we cannot comment any further."

Posted by The Green Arrow at 10:19 am No comments: