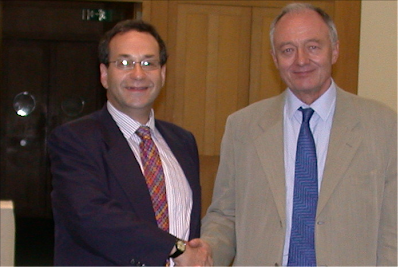 Every thing you need to know about Harry Cohen
The King Pig of the Politcal Parasites
The Labour politician with the highest expenses claim of any London MP has denied that he was cheating taxpayers by claiming a second-home allowance while maintaining that his main home is a single-bedroom schoolhouse and seaside caravan 70 miles from his constituency.

Defiant Left-winger Harry Cohen said: 'When MPs were given this allowance they were told "Go and spend it, boys" and that is what I have done. It is my right.'

His comments come as The Mail on Sunday launches a petition to demand a full enquiry into MPs' expenses, to report within three months and NOT after the general election as is currently suggested.

Mr Cohen has claimed every single penny of the maximum £104,701 in Commons expenses in the past five years for his £375,000 property in his Leyton and Wanstead constituency in East London, on the basis that it is his 'second home'.

Astonishingly, he says he has claimed the full second-home allowance since 1990.

It means he has pocketed a staggering £310,714 in total - believed to be the largest amount ever claimed by any MP.

Yet he declares on his Labour website that he and wife Ellen 'live' in Leyton and 'spend weekends at their static caravan' on Mersea Island, an unspoilt stretch of the East Anglian coast.

If his real main residence is the Leyton house, it means his Commons allowance has funded a holiday home completely unconnected with either his parliamentary or constituency duties.

Tags: Fraud, Labour, MP
Posted by The Green Arrow at 1:40 pm No comments: 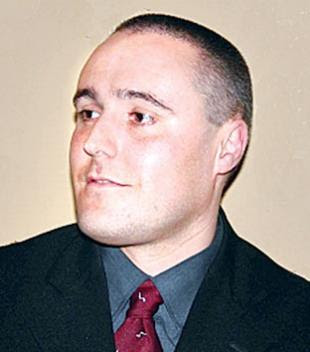 Jason Phillips, who stood in the city’s 2007 elections for the Arboretum ward, had previously admitted downloading two indecent images of a child.

Sallie Hewitt, prosecuting, said police were alerted to Phillips when he sent sexually offensive messages to friends of his new girlfriend’s ex-husband through the social networking site Facebook.

When questioned by police he told them he had sent the message to be as offensive as possible.

Police officers seized his computer and in December 2008 it was found to contain the images, which were deemed to be Level 2 photos – the most serious being Level 5.

One had been placed into the computer recycling bin.

In mitigation, Paul Stanley said Phillips had sent the messages after receiving unpleasant messages himself.

Mr Stanley said Phillips was unhappy about being in court and pleading guilty to these offences.

“It’s a possession matter only in relation to two stills which might or might not be real,” he said.

“It has been for him a very difficult period of time. He has never been in trouble with the court before.”

The 33-year-old, of Cyril Road, Rainbow Hill, who has now changed his name by deed poll after converting to Islam to Abdullah Nasser Jihad, will now have to sign the sex offenders register for five years.

Magistrates also sentenced him to a community order with two requirements – that he attend a sex offenders group programme and be supervised for three years.

He was also ordered to pay £60 in costs and a forfeiture and destruction order was made on the computer.

In a letter Phillips wrote to your Worcester News the day before he was sentenced, he explained how he had converted to Islam.

Phillips also said he had been very depressed.

Tags: UKIP, Paedophile
Posted by The Green Arrow at 1:30 pm No comments: 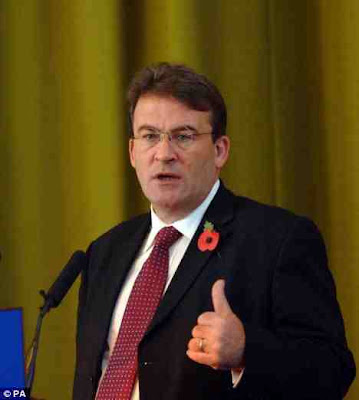 Tony McNulty - He's doing just fine out of us
A Government minister who claimed £60,000 in allowances for the house where his parents live has been reported to the Parliamentary Standards Commissioner - by his local Tory MP.

Tony McNulty, the Employment Minister, claimed "second home allowance" for the house in his Harrow East constituency, in northwest London, from 2001 until earlier this year, even though he moved out in 2002 after getting married for the second time.

"Charging as the Member of Parliament for Harrow for a second home in Harrow when you are living in Hammersmith, and neither of these places are very far from Westminster to start with, and at the same time in that second home are living the MP’s parents, then clearly there has got to be an inquiry," Mr Hands said.
Related Links

* Pressure on Myners to tender resignation

* Conservatives in disarray on tax promise

Mr McNulty insists that his claims are legitimate because he used to sleep in the house when he was first an MP. He says that he still uses the house as an constituency office.

But the former chairman of the Committee on Standards in Public Life, Sir Alistair Graham, questioned the claim today and said that Mr McNulty might have to pay back some of the money.

"He talks about using it as a base to do constituency work, but he didn’t say that he stayed overnight there," Sir Alistair told BBC Radio 4's Today programme. "I think he has a few questions to answer and if he was not staying overnight there there probably should be some money repaid."

It emerged today that the standards committee, set up by John Major in 1994 to help clean up politics - is again considering a wide-ranging review of MPs' expenses, although sources close to the body said that that was not directly linked to the controversy surrounding Mr McNulty.

Sir Alistair, who chaired the committee from 2004 to 2007, backed the call for a full review.

"I think the important thing is that it has been left to MPs to sort out their own arrangements and I think that is a slightly absurd arrangement. I don’t think the public feel they can trust them in this area," he said.

Among those criticising the claim today was Alan Duncan, the Shadow Leader of the Commons, who told the BBC that it was "not clear" that Mr McNulty had operated within the rules.

"The allowance is for a second home, it is not for a constituency office. There he is brazenly trying to bat this away by saying, ’Oh well, the system is not very good but I didn’t do anything wrong’," Mr Duncan said. "There are some serious questions still to be answered."

Tags: Labour, MP, Fraud
Posted by The Green Arrow at 10:10 am No comments: 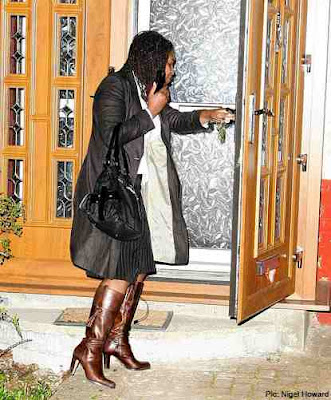 Another corrupt Labour MP
A GOVERNMENT whip was today embroiled in the growing expenses row after claiming thousands of pounds for a second London home despite already having one within 10 miles of Westminster.

Assistant government whip Dawn Butler has claimed £37,245 in taxpayers' cash in two years to pay for a second property.

The Labour MP for Brent South has a house in Wembley, aboutnine miles or a 32-minute Tube journey to Westminster, and a home in Stratford, about eight miles or a 24-minute Tube ride.

She was today facing questions over why she needed the two homes, which are almost exactly the same distance from the Houses of Parliament. Her office has stressed in the past that she moved into the Wembley house after being elected in 2005 to allow her to serve her constituents.

Ms Butler is the second government member to come under fire this week over second home allowances after it emerged Employment Minister Tony McNulty claimed £60,000 for a house in Harrow where his parents live.

Greg Hands, Tory MP for Hammersmith & Fulham, said: "These allegations raise further questions. Gordon Brown needs to get a grip on his ministers and their expense claims."

Mark Jansen, 26, who lives two doors from Ms Butler's Stratford home, said: "Most taxpayers can't even afford houses at the moment and yet an elected MP, who is meant to represent us, has two. That just doesn't seem fair, especially in the current financial climate."

Neighbours today said she is rarely at the Stratford home. Jose Gomes, 40, has lived next door for 14 years. He said: "I used to see her all the time, now I only see her every couple of months. Her brother's here occasionally."

Her neighbours in Wembley said they regularly see her and that she spends the majority of her time there. Speaking at her Wembley home today, Ms Butler declined to answer questions from The Standard about her use of the second home allowance. She said: "I totally resent you coming to my private home. Have some respect. How dare you."

Her spokesman has previously justified the expenses claim and said: "When she was elected she moved straight into the constituency and the [allowance] helps her to do that."

The Prime Minister has backed an inquiry into MPs' expenses by the Committee on Standards in Public Life, and has sought to widen it to include work carried out by politicians outside Parliament.

A number of Tory frontbenchers have lucrative directorships which have been criticised by other MPs.

Tags: Fraud, Labour, MP
Posted by The Green Arrow at 10:02 am No comments:

A Tory councillor allegedly punched his neighbour in a longstanding feud.

Geraint Jones lost his temper and stormed up to the man "screaming and shouting", before punching him in the head, a court heard.

Hinckley Magistrates' Court was told the men had been arguing for years about neighbour Anthony Harrison having access to his home across Jones's property.

The argument flared when Mr Harrison walked across Jones's property to unload bags of granite chippings outside his home.

He said Jones hurled verbal abuse, then traced him to a nearby house where he was working and hit him.

Mr Harrison, a 47-year-old roofer who lives next door to him in Tamworth Road, Ashby, said the punch was thrown two hours later, as he worked at a house in Nottingham Road.

He admitted they had fought before, and that he had beaten up Jones while defending himself in the past.

On this occasion, he said the punch came out of the blue.

He said: "I saw Jones charging down the entryway saying words along the lines of 'What the hell is going on here?'.

"I went to block his path, saying something like 'Get away from this job'.

"I stood in front of him and he tried to barge past me. He carried on using vulgar language," Mr Harrison told the court.

"Because I wouldn't let him past, he swung a punch. It stung me. I was shocked by the whole incident."

During the earlier incident outside their homes, Mr Harrison said Jones had stood on the other side of a gate "shouting obscenities at me".

The court was told the altercation happened on June 11.

Mr Harrison said in 1996 Jones had attacked him but ended up getting "the worst of it".

The trial is to continue at a later date.

Tags: Conservative, Assault, Violence
Posted by The Green Arrow at 9:04 am No comments: