No prosecution. Why?
OPPOSITION leaders have called for the chairman of Bolton’s planning committee to consider his position after he admitted to operating an illegal taxi.

Yesterday, Bolton Council withdrew the case at Bolton Magistrates’ Court as Cllr Hornby accepted the caution — which means he admitted the offences.

His previous “not guilty” pleas were “vacated” — removed from the court.

The case has been ongoing since last August and has cost Bolton taxpayers thousands of pounds.

The Conservatives and the Liberal Democrats leaders have called on Cllr Hornby, who represents Little Lever and Darcy Lever, to consider his position.

Tory leader Cllr John Walsh said: “Anyone in public life is accountable. I hope Cllr Hornby will consider his position.”

Cllr David Wilkinson, deputy leader of the Lib Dems and licensing committee member, said: “It is up to Labour to proceed with this as they see fit.

“The planning committee has a lot of responsibility and if the chairman cannot adhere to the rules set by another committee of a similar standing, then questions need to be asked.”

But Cllr Hornby’s solicitor Ajmal Hussain, of AGH Solicitors, said his client would continue in his roles He said: “Mr Hornby has faced considerable stress and anxiety in a saga that has lasted for almost 12 months.

“He now intends to resume his normal personal and political life.

“Mr Hornby, a diligent and committed councillor, intends to continue serving his constituents. He intends to contest the next local elections in May, 2010.”

Cllr Cliff Morris, leader of the Labour Group and Bolton Council, said: “The issue has been dealt with by officers in the appropriate way. There are no implications for Cllr Hornby’s position under the code of conduct for councillors.”

A simple caution is not a conviction, but can be cited before a court on subsequent conviction.

Cllr Hornby, who was elected in 2006, originally pleaded not guilty to the charges, but the council said it opted to issue him a simple caution after he indicated, before the start of a planned trial last Monday, that he was willing to accept it.

A council spokesman said: “We are pleased that the matter has now been resolved and Cllr Hornby has been dealt with appropriately.”

Cllr Hornby was granted permission to apply for his costs from the Central Fund, a fund similar to legal aid but for privately-funded defences.

Tags: disrepute, Labour, Driving
Posted by The Green Arrow at 7:43 am No comments: 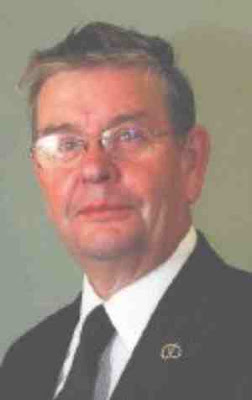 Roger Ibbs
A senior city councillor has tonight been bailed after earlier being arrested in connection with a police inquiry into political corruption.

It is understood that police were called in by senior officers at Stoke-on-Trent City Council following a lengthy internal inquiry.

Police questioned a 61-year-old man on suspicion of corruption in public office before bailing him tonight.

Mr Ibbs, of Kingsway, Stoke, is the leader of the Conservative and Independent Alliance group on the city council and the portfolio holder for children and young people's services.

Tags: Conservative, Corruption, Fraud
Posted by The Green Arrow at 7:36 am No comments: 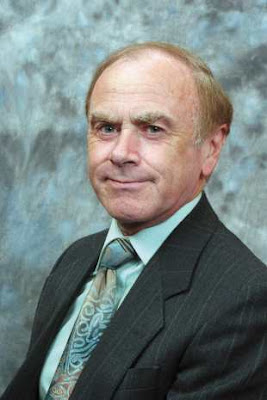 Charles, a councillor in the St Andrew's ward in Hornchurch, quit the Conservative Party following his arrest at home by officers from the Havering child abuse investigation team in June 2006. Since then he has been an independent councillor.

"If there's any honour in that man at all he will resign - regardless of any prison sentence," she said, adding his position as a local councillor was now "untenable".

He used the alias "Avenger" online and told police he downloaded the pictures and reported the websites to an American internet watchdog before deleting the obscene images.

His trial was due to take place on April 8, but now he has admitted to the charges, this date will act as his sentencing hearing.

Charles will be dropped as a councillor should he receive a prison sentence of more than three months, Havering Council confirmed.

Cllr Matthews added: "As a councillor he is often invited into people's homes. They are not going to be comfortable with that now.

"While there must be relief that there has been a resolution to all this, it is unbelievably crass that he has taken over two years to come forward."

Charles, who is in receipt of a councillor's allowance of £8,507 for 2008/9, failed to attend a single Hornchurch Area Committee meeting in 2007. He refused to comment.

Tags: Conservative, Paedophile
Posted by The Green Arrow at 12:25 pm No comments:

A COUNCILLOR has been banned from driving for two years.

He was convicted and was given a two-year driving ban, fined £1000 and ordered to pay costs of £40.

But under the Local Government Act 1972 he also faces being booted off the council and banned from public office for five years.

Tags: Driving, Labour
Posted by The Green Arrow at 11:11 am No comments: 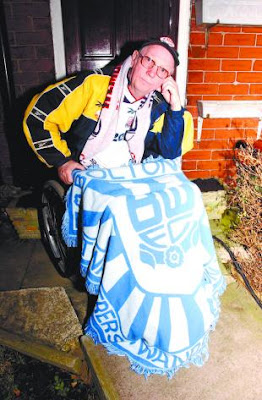 Come on Councillor. Don't just sit there. Help me move these boxes
FORMER mayor of Horwich Bernard McCartin broke down in tears as he admitted to a court he was a benefits cheat.

The 66-year-old told magistrates he had defrauded more than £18,000 from the public purse.

McCartin claimed he suffered from crippling back pain and that he could walk no further than 25 yards without a stick.

But he was exposed as a liar when investigators from the Department of Work and Pensions caught him on film.
In an amazing set of clips, McCartin, the former first citizen of Horwich, is seen: l Lifting and carrying a huge bag of compost from the back seat of his car l Lifting heavy boxes of match day programmes which he sold from his wheelchair at the Reebok Stadium l Walking distances of up to 1,100 yards without the aid of his walking stick and without showing any signs of discomfort l Carrying heavy bags of shopping out of a supermarket with his walking stick under his arm l Painting fence posts l Putting on his mayoral chain before attending functions.

Yesterday, magistrates in Bury gave him an eight-week prison sentence, suspended for two years, and a six-month curfew between 5pm and 5am.

McCartin was also told he must wear an electronic tag and pay £250 costs.

The court heard McCartin, of Ainsworth Avenue, Horwich, admitted he should have informed the DWP about an improvement in his condition.

David Hewitt, prosecuting, said McCartin was overpaid by the sum of £18,022 over a period of four years.

In 1997, Mr Hewitt said, McCartin was found to be in need of the higher rate of disability benefit in terms of his mobility and the middle rate in respect of his care needs.

The court heard the higher rate was only available for people who cannot walk at all, or can walk but with great difficulty.

“In his application form, McCartin stated that he was unable to walk without the aid of a walking stick and said he could only walk 25 yards before feeling severe discomfort. He said it would take him 15 minutes to walk 25 yards,” said Mr Hewitt.

The DWP filmed McCartin between January and May, 2007 — while he was mayor of Horwich — and captured the incriminating evidence on film.

Officers spoke to him in August, 2007, when he admitted there had been an improvement in his circumstances in May, 2003, when he became a councillor.

He did not report the changes to the DWP however.

Anthony Shimmin, defending, said McCartin was a man of previous good character who suffered from myopathy — a disease which weakens the muscles.

He had worked all his life but this forced him to stop, causing him to become house-bound and depressed.

Mr Shimmin said McCartin turned his life around by becoming a councillor and working in his local community, causing him to push himself beyond his limits.

He added: “The video doesn’t show his suffering at home and the fact that he doesn’t sleep very much. He has served his local community and been promoted to its highest office and now he faces this shame.

“And he is ashamed. This has broken him as much as his medical condition has.”

DWP investigator Andrew Wood said after the hearing: “We would like to make it clear to everybody that there are serious consequences if you commit benefit fraud.”

Tags: Fraud, Lib Dem
Posted by The Green Arrow at 10:17 am No comments: