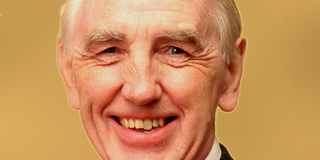 Chesire East councillor Brian Silvester could face prison after he admitted putting vulnerable lives at risk at his Crewe home.

Appearing at South Cheshire Magistrates Court in Crewe on Monday (July 24), Cllr Silvester and his brother Colin pleaded guilty to a total of 11 fire safety breaches in relation to the building they rent out as bedsits on Crewe Road in Shavington.

They also admitted a charge levelled by the council of failing to obtain a licence for a house of multiple occupation.

After hearing the case, magistrates decided their sentencing powers were insufficient for the gravity of the crime, saying it ‘did not fall outside the custody threshold’.

The 60-year-old former mayor of Crewe and Nantwich was sent to crown court for sentencing.

In January this year the Chronicle revealed that Cheshire Fire and Rescue Service had closed down the Willaston ward councillor’s property with immediate effect, as there was an ‘imminent risk of serious personal injury’. Tenants were forced to move into temporary accommodation while a catalogue of serious failings were rectified.

On Monday, prosecutor Chris Green told the court that one fire officer believed it ‘undoubtedly had the poorest standard of fire safety he’d ever seen in his 10 years of service’.

Loose wiring, holes in the ceilings and roof, and combustible materials in corridors meant a fire could have easily started at any time, and would have spread rapidly.

Insufficient exit routes, broken smoke detectors and fire extinguishers that hadn’t been serviced for almost 20 years meant it would have been almost impossible to escape a blaze unharmed. Any escape routes would most likely have been engulfed in flames within minutes.

Mr Green said: “This is a very serious case. The layout of the building itself, which was split into 10 bedsits, was extremely hazardous and any fire was likely to be so advanced before discovery that escape would be impossible.

“Going into a tenant’s bedsit would provide little or no resistance to fire. There were no seals or fire protection on the doors and the mains electrics were badly wired.

“If the fire started in one bedsit, there was no means of alerting anyone else as there were no inter-connective alarms. Many of the tenants were vulnerable due to age and disability, meaning there was a greater risk to such occupants.

“The breach was long-standing and in interview the Silvesters revealed some tenants had been living there for 34 years or more.

“The risks in this case were obvious. Getting a risk assessment done isn’t rocket science.”

Cllr Silvester, a former Cheshire East deputy council leader, was warned by the fire service that all tenants had to be re-homed until the problems were rectified – but it was later discovered tenants were still living there.

“That is a serious aggravating feature and demonstrates an indifferent attitude to the level of risk.”

Referring the case to crown court for sentencing, chairman of the bench Stewart Cockburn said: “We’ve considered the facts placed before us very carefully. The breaches created a very serious risk to the safety of tenants and as owners of the property for at least 11 years you should have been aware of the fire regulations. You didn’t take sufficient steps to enforce the prohibition order for the safety of tenants. 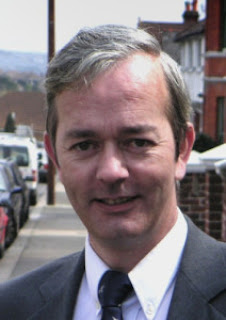 Former Tory councillor Richard Vallery-Peters has been arrested on suspicion of fraud by false representation just weeks after he met the Queen at Buckingham Palace.

Richard Vallery-Peters, who lost his Hastings Borough Council seat in May, was arrested at his home in Ashburnham Road on Monday morning.

The 47-year-old former Navy rating was quizzed by detectives and later released on police bail.

His arrest relates to the wearing of military medals.

“He was arrested on suspicion of fraud by false representation. He was given police bail until August 6.”

Source
Posted by Zultra at 10:03 am No comments:


Councillor Ronald Ford assaulted his partner after she found out about his affair has been ordered to pay a total of £700.

Construction worker Ronald Ford, 55, was spotted by the woman standing in the street outside his home during the early hours of Sunday morning “with a female who had an unhealthy interest in him”.

When he came into the house, his partner followed him into the bedroom where he was sitting on the bed sending a text message.

Jedburgh Sheriff Court was told on Monday that she grabbed the mobile phone and read a message from a woman called Lee.

The message read: “How do you ever find time to work dealing with her in the morning and me in the afternoon?”

Prosecutor Graham Fraser said: “An argument ensued and she hit him twice. He punched her on the face, causing her to fall to the ground and kicked her on the legs. He stopped attacking her and went to bed, but there was a degree of tension in the house. The partner went to see her step-son and the police were phoned at 1.30am.”

Mr Fraser said the partner suffered swelling and redness to her face, but declined medical attention.

Ford appeared in the dock with a bandaged hand and a black eye, but this was attributed to an altercation with his son. The court was told that the couple’s 13-year relationship was now over and that she had suspected him in the past of being unfaithful.

Ford told police “there was a bit of a scuffle” and admitted showing too much interest in the other woman.

He pleaded guilty to a charge of domestic assault at their home in Market Place, Earlston, on Sunday after appearing from custody.

Ed Hulme, defending, said: “The background to this has come to light. There was a heated argument which became physical as he tried to get his phone back.”

First offender Ford – who is a member of Earlston Community Council – was fined £200 and ordered to pay his former partner £500 in compensation.

John Holden: Still got a years salary after Fraud conviction 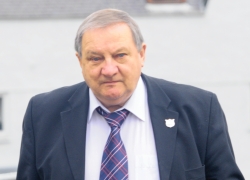 John Holden was convicted in July last year at the city’s sheriff court for falsely claiming more than £43,000 in Council Tax benefit and Income Support over a number of years.

He was formally sentenced to a year in prison on August 11 and Sheriff Ian Abercrombie described him as a liar and cheat.

Highland Council ceased paying the shamed 63-year-old’s £16,233 salary when he was led from the courtroom in handcuffs and it received his formal resignation four days later.

But Holden still received his councillor’s wage for several weeks, more than £1,000, after he was found guilty following a lengthy and high profile criminal trial.

The authority has published its list of councillor expenses for 2011/2012 and it emerged Holden, of Teal Avenue, Drakies, was paid £5,941 in salary from the start of the financial year in April.

The 63-year-old had initially refused to relinquish his Inverness South seat upon the guilty verdict in July.

The council could not hold a by-election until it received the resignation or a direction from the Highlands and Islands sheriff principal Sir Stephen Young that the seat was vacant and it had considered submitting a petition.

A council spokesman confirmed Holden – who was released after serving only three months of his one-year sentence – was paid his salary as normal for April, May, June and July until August 11.

A current court move by the Crown to recover the money from Holden obtained by fraud has been postponed until September because he has been diagnosed as being depressed and unfit to give his legal team instructions.

The authority’s combined salaries and expense bill for its 80 councillors was £1.725 million, £4,000 up from the previous year.

Source
Posted by Zultra at 8:32 pm No comments: 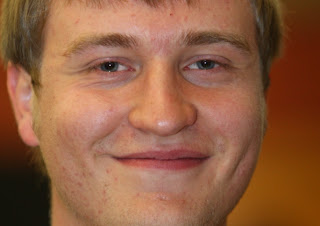 Councillor Daniel Sutherland (Lab, Illingworth and Mixenden) appeared at Calderdale Magistrates Court on July 10 to face a charge of assault by beating against the woman.

The 23-year-old councillor, of Valley View, Halifax, spoke only to confirm his name, age and address during the initial hearing at Calderdale Magistrates Court.

He pleaded not guilty to the incident that is alleged to have taken place after a party on June 24.

The case was adjourned for a trial at Bradford Magistrates Court on November 1, 2012.

He is also a member of the council’s governance and business committee and the social care for children review group.

He is a member of the management board at Illingworth Centre Committee, Mixenden Parent’s Committee and the North Halifax Partnership.

His mother, Lisa Lambert, who accompanied him to court, was elected to the council in May. 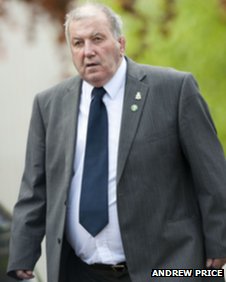 Michael Mills, 64, a member of Holywell town council in Flintshire at the time, was caught after a tip-off. He used her pension card 110 times.

Mills said he had been in a "state of shock" after the death of his wife.

But magistrates said they were extremely serious offences, which he knew were wrong.

Defending solicitor Brian Cross said when Mills came to understand that what he had done in an emotional state was wrong, he did not have the courage to report it and buried his head in the sand.

Mills, a retired miner from Greenfield, told the court his "head just went" after the death in 2010 of his wife of 42 years, Brenda.

He added: "I was walking around - as if I had had a nervous breakdown for more than a couple of months."

There were emotional scenes when he was handcuffed and led away to the cells.

Prosecutor Tony Newnes said that the Department of Work and Pensions (DWP) received anonymous information that he was continuing to claim his dead wife's benefits.

Source
Posted by Zultra at 11:36 pm No comments: