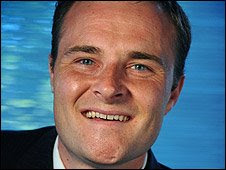 Daniel Martin
A Dorset councillor has appeared in court to deny benefit fraud.

The councillor, who was elected in May 2007, was released on unconditional bail. The case was moved to Dorchester Crown Court for a date yet to be set.

The charge relates to a period before Mr Martin was elected.