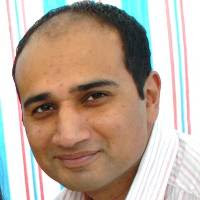 He has been released on police bail while officers carry out further investigations.

As an advisor for community safety before his party lost control of the council last May, Coun Iqbal was responsible for formulating the council's approach to problems with drugs, violence and other crime.

The former chair of the Darnall forum, Coun Iqbal is a well-known figure in Darnall and Attercliffe, particularly among his ward's large Asian population.

He was first elected as a councillor in 2006 with 55 per cent of his ward's vote and is known as a hard-working campaigning councillor.

A spokesman for South Yorkshire Police said: "Just before midnight on Friday, November 20, two Sheffield men in their 30s were arrested in the Handsworth area of Sheffield, on suspicion of possession of a controlled drug.

"Both males are currently on police bail pending further inquiries."

When he was approached by The Star Coun Iqbal declined to comment. Labour group leader Jan Wilson also refused to comment. A spokesman for Yorkshire and the Humber Labour Party said: "As a party we do not comment on ongoing police investigations.

He added: "We would expect any member to assist the police if called upon to do so."

Two years ago Coun Iqbal was one of five men mistakenly arrested on suspicion of robbery while leafleting for Labour MP Clive Betts.

Coun Iqbal said it was a case of mistaken identity, and the commander of South Yorkshire Police later publicly apologised.

Source
Posted by The Green Arrow at 6:51 am