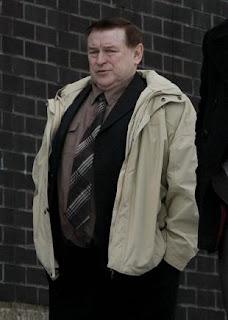 A FORMER Labour Party councillor who was the chairman of a board of primary school governors has appeared in court charged with child pornography offences.

Keith Potts is accused of having 24 indecent pictures of youngsters on his home computer.

"We can confirm the chair of governors has resigned"

He entered no pleas to the 13 counts of making indecent images of children on or before November 12, 2008.

The offences were allegedly carried out while he was the elected representative for the Urpeth ward of Chester-le- Street District Council.

He served as councillor in the area for 26 years, from 1983 to May last year, when the body was abolished and replaced by Durham County Council.

Mr Potts was chairman of the board of school governors at West Pelton Primary School, near Chester-le- Street, but has since resigned.

A spokesperson from Durham County Council said: “We can confirm the chair of governors has resigned as chair and as a member of the governing body.

“It would be inappropriate to comment further while court proceedings are continuing.”

His legal representative, Christian Harbinson, made an application for the case to be adjourned for a week.

John Garside, prosecuting, did not oppose the application and said the images were at the lower end of the scale in terms of seriousness.
He said: “There is no information to suggest these offences are in any way connected with the primary school where he was a governor.”

Chairman of the bench Brian Thompson granted the application for the adjournment and gave Mr Potts unconditional bail until Tuesday.

Mr Potts was given the opportunity to comment about the charges he is facing as he left court, but he declined.

Source
Posted by The Green Arrow at 11:46 am