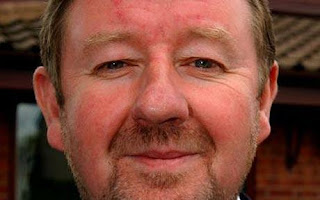 Former Preston Council deputy leader Frank McGrath
Frank McGrath, 59, was convicted of nine counts of concealing criminal funds for Silvano Turchet, 55, who is currently serving 15 years for the importation of Class A drugs.

The money was used to purchase a house in Wrexham, bought for £116,000 in December 2004, a hangar where Turchet stored an aeroplane used to import drugs, and a £17,000 designer watch.

Turchet pleaded guilty to nine counts of transferring criminal property at the beginning of the trial.

Ian Cruxton, deputy director of the Serious Organised Crime Agency (Soca), said: ''Frank McGrath made a living on the back of serious organised crime, and anyone who abuses their professional position to prop up criminal activity as he did can expect us to come after them too.''

Andrew Penhale, of the Crown Prosecution Service's Organised Crime Division, said: ''The case illustrates our determination not only to prosecute those criminals engaged directly in organised crime, but also the soft under-belly - those apparently legitimate businesses that facilitate and support organised crime in the background.''

McGrath was remanded in custody for sentencing on March 3 for the crime, which carries a maximum sentence of 14 years in prison.

Source
Posted by The Green Arrow at 5:19 am