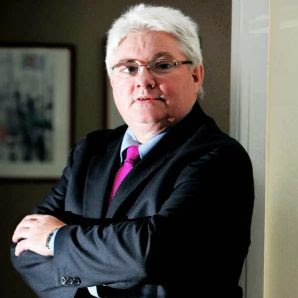 A FORMER councillor who dialled 999 claiming he was attacked in a wheelclamping row says police refused to respond - then arrested HIM when he called one of them a homosexual.

He claims he was assaulted by staff at the compound in Ardwick who hit him on the head with an extendable baton. The claim is denied by bosses at the company, NCP Services.

After he left the pound, Mr O'Brien made a number of calls to police and admits he became frustrated when they did not respond immediately and that he called one police operator `a homosexual'.

Noel O'Brien, from Haslingden, Rossendale, said he made the comment in frustration. He said the person who answered the phone sounded like the late Charles Hawtrey, the actor who played camp characters in the Carry On films.

The police did arrive and officers arrested him on suspicion of a public order offence because of his comment to the police operator.

Mr O'Brien said later: "Unfortunately in my frustration I made an improper remark and when the police did come they arrested me for making an alleged homophobic remark."

A spokesman for Manchester Council - NCP Services acts on their behalf - denied the assault allegation.

He said: "Nobody at the pound had any sort of weapon. We don't condone any sort of violence. No-one who works there would have an extendable cosh." He said it was Mr O'Brien who attacked staff who had to defend themselves by pushing him away - something Mr O'Brien describes as 'ridiculous'.

Tim Cowen, of NCP Services, said: "This was a frightening incident for our staff and we are very grateful for the prompt police response."

Police confirmed they were investigating Mr O'Brien's allegation of assault and also an allegation that he made an homophobic comment.

Mr O'Brien was released on police bail pending further inquiries and is due to return to a police station on January 14.

Source
Posted by The Green Arrow at 9:51 am