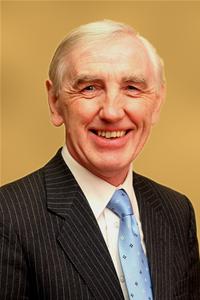 Cllr Silvester, a former deputy council leader, is to be prosecuted by his own authority for failing to obtain a licence for a house of multiple occupation.

But now the councillor of 35 years standing will face a joint prosecution by the council and the fire service in relation to the building he rents out as bedsits at his home in Shavington House Farm on Crewe Road, Shavington.

In January the building was shut down by the fire service after it was declared a fire safety risk.

A prohibition notice was served against the flats, forbidding them to be used for sleeping and living accommodation while the safety issues were rectified.

And now, after months of investigation, the fire service has decided to prosecute.

As the council and the fire service share the same legal team, the original court date has been pushed back to accommodate both charges.

Cllr Silvester, who is being prosecuted alongside his brother Colin, will now appear at South Cheshire Magistrates Court to face the charges next month.

Why is his first hearing being kept a secret even from his tenants?

Because Crewe Court doesn't help with enquiries, they like to keep secrets. They don't believe in openess or understand the rules. If you ask any question to the knowledge Prevention Officers on the Unhelp desk, you will understand. A Mason.

Brain-dead Silvester is due in Crewe Court Friday 15 June 2012. -in denial and expecting support from his masonic fiends. He is a former Mayor and was due to be Deputy Mayor, then next Mayor. Not now, the conservative party have disassociated themselves from him. Mr Sands.

This deceitful councillor who has hidden his wealth away to avoid his 'ex' from getting her hands on it continues his 35 years of lies, trickery and deception. Even the Conservative Party are embarrassed of him and wish they could get rid of himfor good. He is now due in court on 23rd July on 13 counts.Watch this case carefully for he will pretend his usual innocence and try to make his tenants look bad. He has already decided to go to court and accuse the tenants of sabotaging his house, when in fact, it is he who has allowed the property to fall into extreme disrepair - and all because he is trying with his brother colin to get a development of 300 houses on site.
There is lot more hidden stuff to come out, supported by documentation and faithful witnesses.