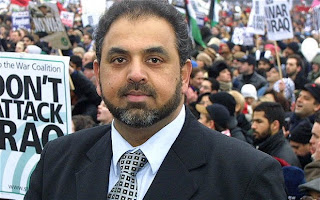 A peer has been suspended from the Labour Party amid reports that he offered a £10 million bounty for the capture of President Barack Obama and his predecessor President George W Bush.

Lord Ahmed, 53, who in 1998 became the first Muslim life peer, was reported to have made the comments at a conference in Haripur in Pakistan.


According to Pakistan's Express Tribune newspaper Lord Ahmed offered the bounty in response to a US action a week ago.


A former Pakistani foreign minister and a provincial education minister were said to have been present at the reception.

Lord Ahmed, who was born in Pakistan, became Baron Ahmed of Rotherham at the age of 40.

Email ThisBlogThis!Share to TwitterShare to FacebookShare to Pinterest
Labels: Labour, Peer of the Realm